There are all kinds of different stories about the twenty to forty meters large hole in the ground at ‘Drie’.
According to one of the most common legends, there was a convent here once. But: the brothers who lived there had sold their souls to the devil. They lived in excess and opulence. At night there were witches from the environment on visit. Wine was drunk from buckets. All night in the monastery there were people dancing and eating. Until one Christmas night a terrible storm came over the Veluwe. Everyone sheltered anxiously at home until at midnight a huge clap of thunder sounded. Then the storm stopped immediately.

The next morning a little boy came racing to the village and told that the monastery in the forest was all gone and there was a horrifying deep pit arise at that place. The surrounding trees layed uprooted on Earth. All residents wanted to see the miracle. One found another with clinkers paved Street and the broad stately Avenue; that all of the monastery was left. The Earth had opened and closed again. 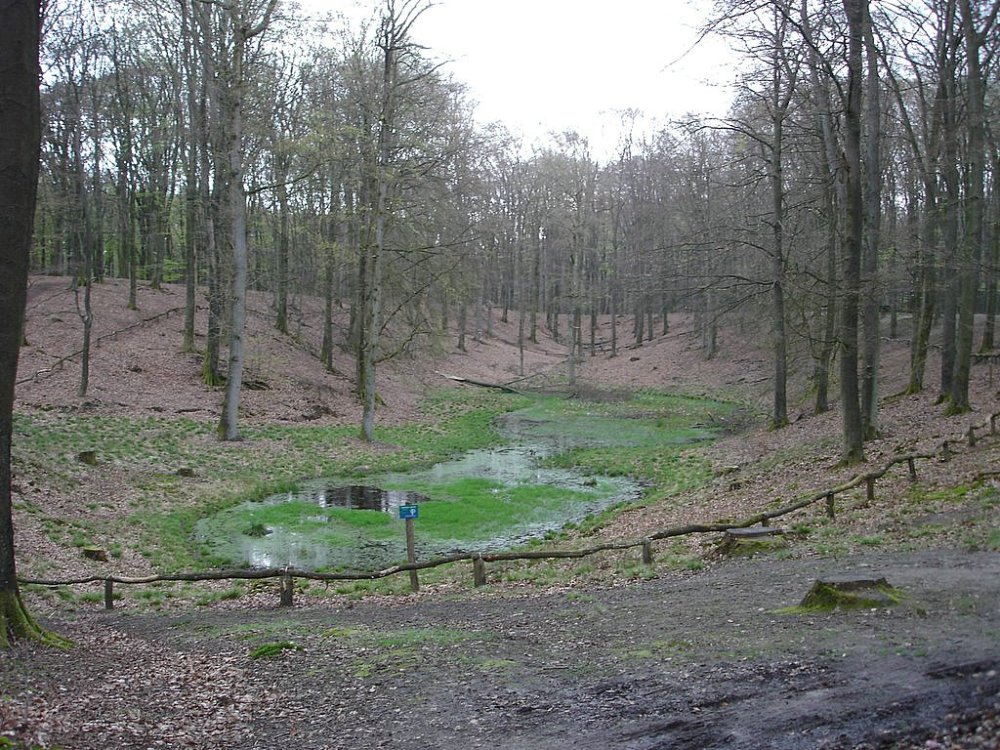